The meme Disaster Girl has two primary elements, an innocent girl in the foreground and a burning building in the background. But what makes this meme special is the way the girl is looking at the camera. It is as if she set the fire and is proud of it. This meme has been used in a lot of contexts but one of my favorite is the jealous girlfriend. “My boyfriend used to talk a lot with a girl, now he does not talk anymore.” Depending on what the text is the meaning of the meme can change drastically. 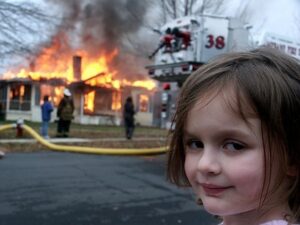 Over few months, stuck in home and nothing much to do than listen to music and walk around neighborhood and do english class homework. Through digital the sound have  reached all over the world for example the above video is originated  from India and we here in USA can have access. As an fan of foreign music, digital have brought huge happiness in my life by having   access to all music around the world and able to  listen over and over.

In the music above they have use music and people dancing over it professionally wouldn’t be possible without digital media. Through digital media they were able to edit the song and didn’t required to do all over again. Hearing this music helps me avoid my loud neighbor and also helps avoid noise in street. Music also help me turn up the mood when you feeling tied.

By watching the video “Ways of seeing Episode 1”, it stated that art can be a big role in movies/ a way to send messages across the board. Painting can be a real point of view depends on what the setting the painting shows and the stories that tell without any movement or even a Quote just by analyzing a paining can provide us all of the information. These two painting/artwork below shows what a silent art can give us alot of importance on what the art is trying to tell us. Nowadays many meme stars to use old painting like this Mona Lisa to send out a message or even make funny meme posts. 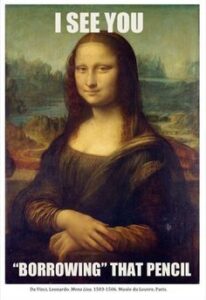 In this image, Donald trump is shaped into the great wall he wants to build to keep people from crossing over to America. This image is important to society because this is a major problem that we are facing living in America, people are crossing the boarder and living here illegally. If a person who didn’t know about Trumps intentions to build the wall seen this image, they could analyzed the other details  in the image to understand. In the video John Berger states” Everything around it confirms and consolidates its meaning”, this saying is effective in this image because there is so much detail added to the image for people to understand its message.

The left side of this “meme” or image is from a isolated scene from a popular Canadian music artist of  Drake also known as Aubrey Drake Graham in his 2015 hit music video “Hotline Bling”.  On the upper left panel it’s can be interpreted as Drake being displeased through his face which shows discomfort shielding away from a thought with his hand pushing away or stopping the idea  being brought up that may be often perceived as the correct or a view could be perceived wrong  while on lower left panel it represents the opposite showing his face with an emotion that is pleasing,happy as if he’s nodding along for with his hands pointing towards agreement with the suggestion. The meme in some examples below show it can be still altered even further but can still be easily arranged and interpreted for the creator purpose. 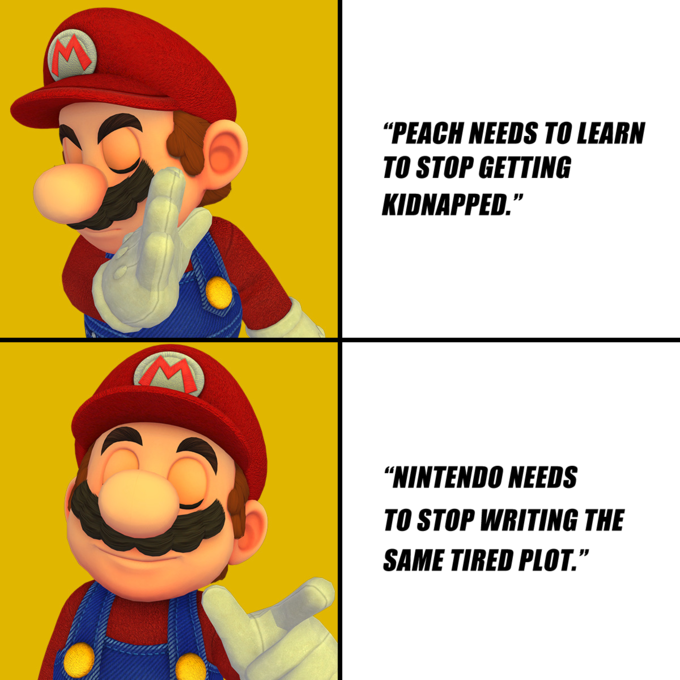 Regardless whether how much it differs or modified the purpose of this image illustrates two points that often converge with each other which portray similar messages and ideas which were one is  often agreed upon and the other is disagreed upon.  I’ve attached some images below to further exhibit and display my interpretation of the image. 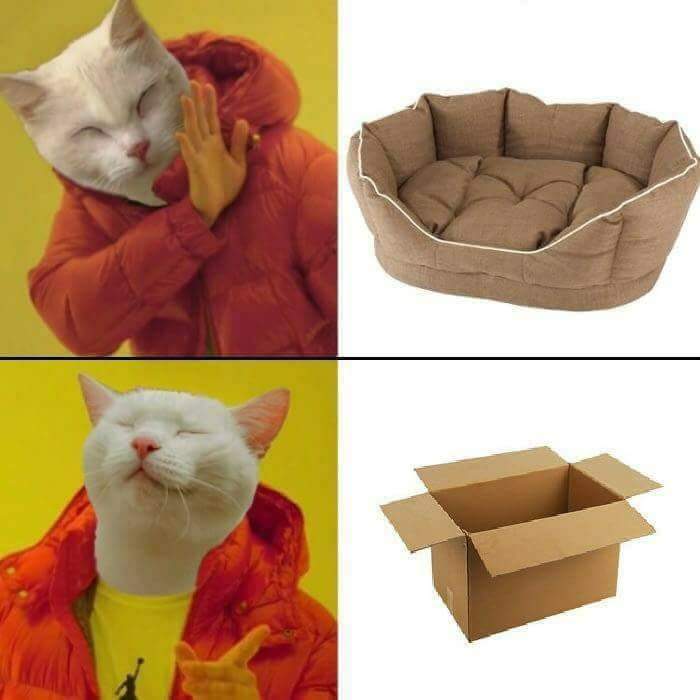 Repurposed even further here as well 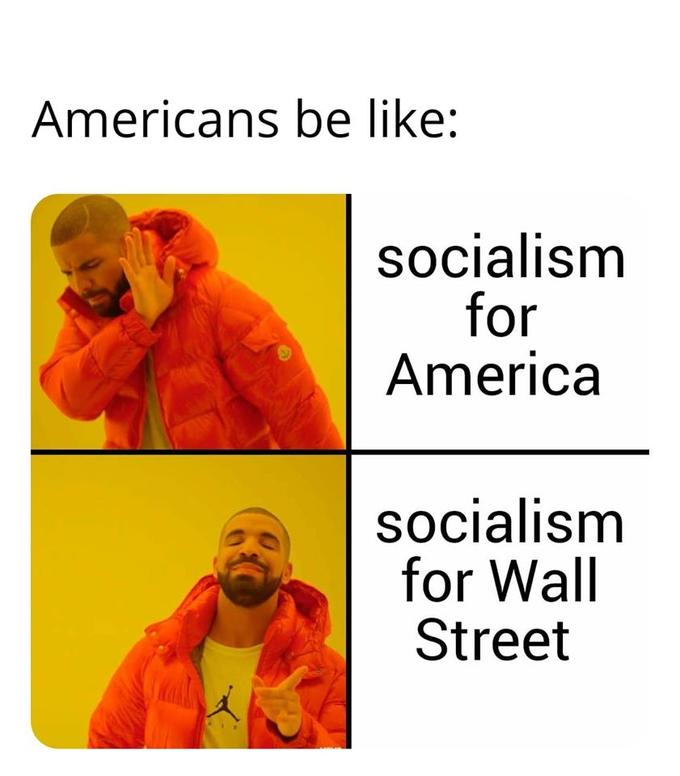 Similar to what Berger has mentioned throughout his video this meme and other various types of images do their best to relating within our own context of life and similar experiences as if they were words. The meaning of this image or meme rather, changes accordingly to whats besides it. These reproductions make it easier to connect our experience with the meme with other experiences and react accordingly with them.  While they don’t originate from one single author or place or have much of a history they’re still unique for getting a point / message across to viewers across the globe. These reproduced images have also been repurposed as new form of communicating through memes. This is all due to another creation, social media which has spread across the world reaching every part of the world that was never thought to be achievable before. 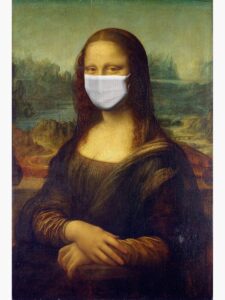 Mona lisa is one of the most famous painting of leonardo da vinci. People who don’t understand art they also know that this painting is famous for her facial expression. The mysterious smile. But in this meme her expression is cover with musk. For past few weeks government is encouraging people to wear musk to stop spread of corona virus. This new  picture send the massage to people that if Mona lisa can wear musk and hide her famous smile we can also wear musk and save life . John Berger said in his video that re produce paintings are been use as  form of information. In this picture Mona lisa is being use to create social awareness to wear musk .

Since the invention of the camera, artwork all around has been manipulated with a simple change of angle, arrangement of sets or even the dimness of a light. This has become a new language where individuals can interpret images in their own ways.

These are murals of women around cities painted by unknown artists. These artists are trying to send a big message regarding the naturalism of a woman’s appearance. These aren’t just any basic features on a person’s body, hair is a very big and important character trait any person has. It makes them who they are. Hair in many cultures is seen as valuable. It makes a person who they are. The artists who painted these murals purposely did it on that wall because it had a very important natural element, which was the tree. A tree is seen as natural, pure and earthly. Hair is a sort of language itself, there are different types. What the tree was expressing was the curly hair community. That community itself has even more of a variety. 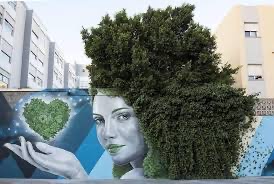 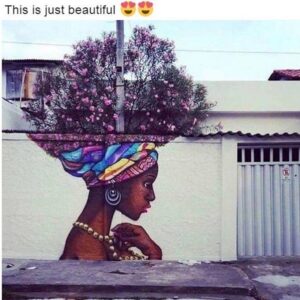 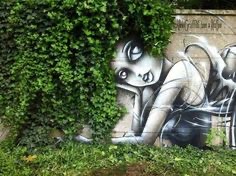 When Berger said that the faces of paintings become messages, he meant that a face could transmit so much feeling and make you think what is happening in the painting. These memes convey their message with the characters in the painting having a conversation, this conversation is based on the faces and the actions that the characters are doing. Usually these conversations are about things of the daily life as studies, love, drama; generally represented in a sarcastic way. Some of them even expose some of the reality of that time.

When I think of memes, I see them as a new way of information that delivers the message in a hilarious form. Some memes are merely funny and that’s it, but many memes contain references which you would have to know to understand the meme this encourages you to investigate the history behind it (this is more likely to happen with history memes though).

I remember that about three years ago in Facebook, there was a spanish musical video created by Christian Flores about the one of the most important paintings in art history: “Las Meninas” made by the Spanish painter Diego Velasquez. With bad orthography, making zoom and the movement in the mouth of the characters in the video the little Margarita keeps asking to Velasquez (who appears in the painting) if she is cute, while Velasquez is telling the tragic and short life of Margarita in a sarcastic way. This is the clear example of how things like videos or memes altering the real meaning of a painting with sounds and dialogues, could be not only funny but informative. I actually still remember the lyrics of the song and probably if I hadn’t seen this video I wouldn’t know anything about “Las Meninas”. Here’s the video, but is in spanish and with bad orthography, so probably many of you won’t understand, sorry ): https://www.youtube.com/watch?v=Il6p2-40-F0 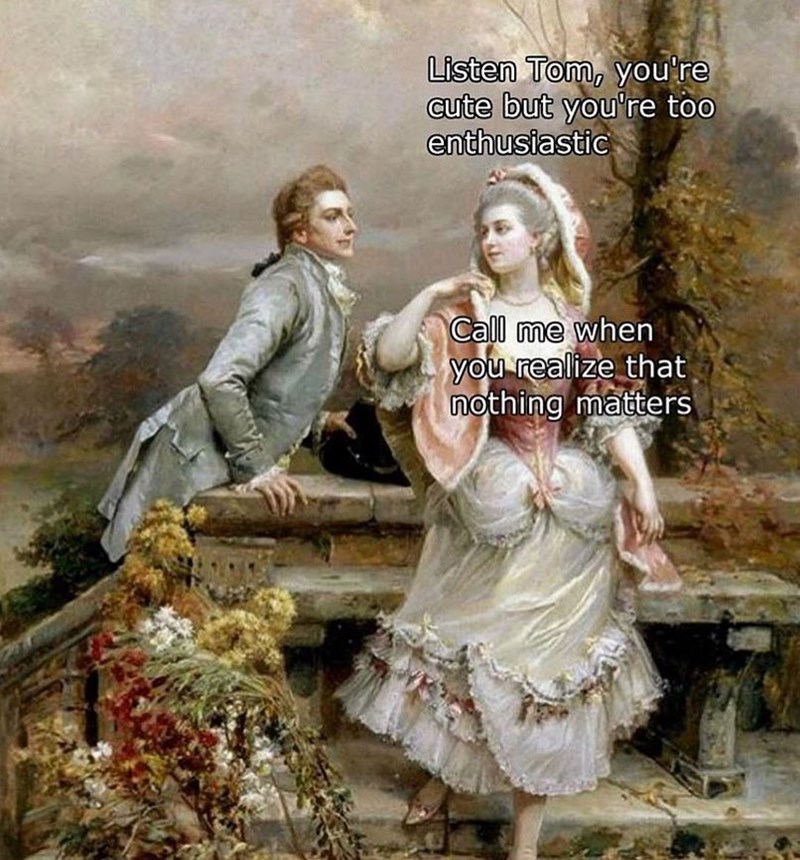 When this image first emerged, it was accompanied with worry for the President’s health. His struggle to bring a glass of water up to his mouth with only one hand was a general concern for a person who is supposed to be the leader of a nation.

At his rally in Tusla, he spoke for ten minutes about his exhaustion from saluting each graduate at West Point that day. He tried to spin his two-handed sip as a byproduct of spending all day honoring American troops.

This is an example of a single image being used to represent to ideas: That of a frail man and that of a respectable one. I’m sure that each message is very effective in reaching the audience it was meant to. I sincerely doubt these messages were successful in convincing the opposing audience. 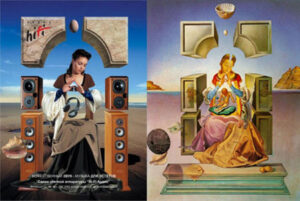 In the first image, we see Russian brand Hi-Fi Audio’s advertisement by copying Dali’s Madonna of Port Lligat. Salvador Dali created Madonna of Port Lligat in 1949. The painting depicts an image of Mary holding baby Jesus in her lap. Each seemingly random element in the painting has a purpose and however vague it is meant to communicate something to the viewer. For example, the Child is holding a globe in one hand and a cross in the other, and both Mary and the Child are joined in what seems like a mirror-like reflection, symbolizing the reach of spirituality.
But someone who didn’t know about this painting can’t get any of these meanings from the Hi-Fi Audio’s version. In the image, there is a woman holding a headphone between her hands, surrounded by big speakers. The surrealism factors in the advertisement and hole in the torso of the woman grab people’s attention easily. So, even though the meaning changed a lot this is a very interesting advertisement and, this can make people look for the inspiration of painting and learn much more about painting. That’s why I think this advertisement benefits the art as much as it harms the meaning of the painting.