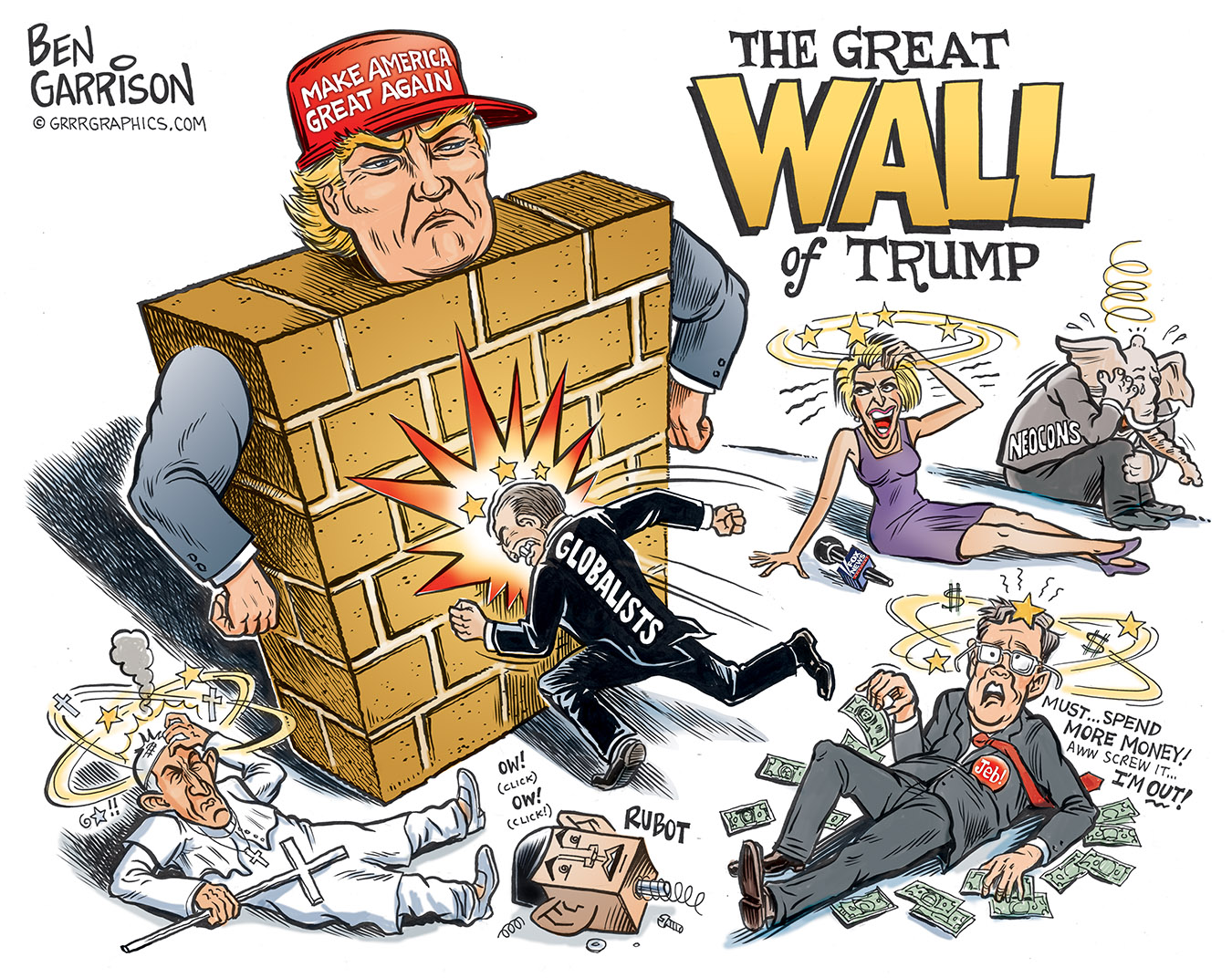 In this image, Donald trump is shaped into the great wall he wants to build to keep people from crossing over to America. This image is important to society because this is a major problem that we are facing living in America, people are crossing the boarder and living here illegally. If a person who didn’t know about Trumps intentions to build the wall seen this image, they could analyzed the other details  in the image to understand. In the video John Berger states” Everything around it confirms and consolidates its meaning”, this saying is effective in this image because there is so much detail added to the image for people to understand its message.