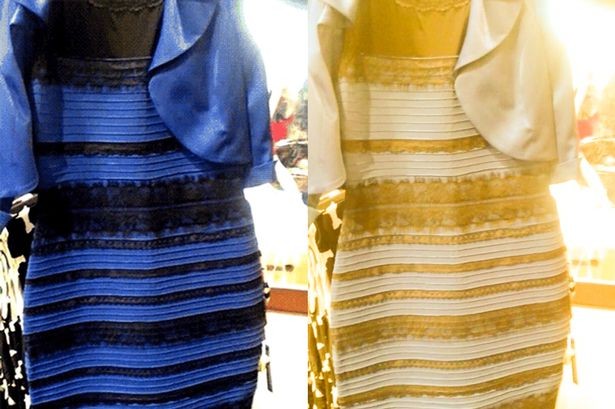 The image is powerful  that everybody has different perceptions on dress color. The photograph is popular for its color perception. When viewers looked at the dress they perceived the dress pictured was colored black and royal blue ,or white and gold. The picture reveals the reality of human color perception. Berger “ Way of seeing” can be related in this picture because it tells a lot. The dress is one but it represents different colors to different people. The act of seeing something is not as objective as we might at first think. When we  see the art or pictures is conditioned by habit and convention because we tend to believe a large part of seeing depends upon habit and convention.we are conditioned to see the world in a different perspective. Our perspective centers everything on the eye of the beholders. Our habits and conventions go beyond just what the eye sees at the moment. The photograph emphasizes that even though people who appear identical can have different but equally correct points of view on the same topic.

To sum up, in this picture the perception about the color is different for different people. I have somehow seen both colors at different times. When looking at the photo of the dress , our brain is trying to figure out if it’s a blue and black dress in yellow light  or a white and gold dress with a blue shadow over it.