Nowadays, many paintings are misusing in many ways. One of the most common way is it uses for ‘’meme’’. I know it’s awkward and hilarious, but it’s changing our perspective of paintings. It decreases the value of the painting or sometimes it’s doing the opposite. Such as somebody made a meme by using McDonald’s burger on the pitchfork holding by the old man in the famous ‘’American Gothic’’ painting by Grant Wood. Also, there many memes and parodies of that painting around the world. I want to clarify that the painting called “American Gothic” was not famous before. 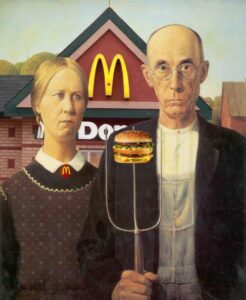 A meme of the “American Gothic” 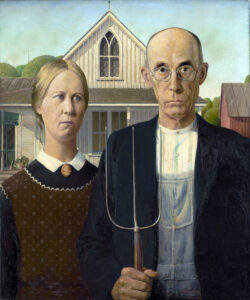 Original painting of the “American Gothic”