As an example of how duplication or photocopying can manipulate the original meaning, I could have chosen some commercial, maybe even some of the publications of mainstream media, which are manipulating the truth and reality by reproduction or just using a small part of the photographs/videos. Propaganda, conspiracies, fake news, manipulation by fear, but even the filtered pictures on social media. Artificial intelligence and personalized commercials processed by experts, and psychologists, convincing us to believe that our lives are not fulfilled until we get the specific product. Reportages on the same topic are usually divergent, and what matters is the side motivation of the presenter more than some codex of the profession. All that by also using well-know art pieces that can catch the attention of the buyer. But additionally, thanks to the invention of the camera, it is sometimes very difficult to find out where is the actual truth. That all is probably one of the biggest problems of reproduction and manipulation and the most dangerous features of the new century.
Therefore, I rather decided to use something more positive. At the websites of Judit Szeifert (https://szeifertjudit.com/), who is among other things, Hungarian art historian, I found the group of manipulated art pieces into memes in the context of humor, a manifestation of nowadays time, pop-culture, and contemporary art. (See the pictures below the text). These pictures are exemplarily presenting the importance of factors surrounding the art piece, and in some cases even changing the entire meaning by adding just one object to the perspective.
When I saw these pictures for the first time, my reaction was actually very positive. I laughed at them and had thought about them as funny replications, connecting the art, times, and humor. But not all of the viewers would, most likely, think about these memes as humorous and someone could even consider some of the concepts are barbarous, destroying our art heritage, degrading our society, or being offensive.
These memes are unmistakably manipulating the unique artworks. Brutally changing the circumstances, manipulating the perception of the viewers, changing the entire context, original meanings, and sending out different messages than was the primal purpose of the artists.
Despite all, I believe there is also positiveness about them as well. For instance, some of these “jokes” may require a need for a bit of knowledge to understand the meaning. We can also consider all collection as a progressive way how to approach the young generation and wake up in it the interest in art and general education more often than not.
These memes are transmitting a satiric message which is positive. But as Berger said in the video, reproduction can be positive and also negative. In the end, we should be careful and always think about what is “behind the curtain”. 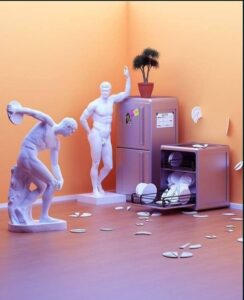 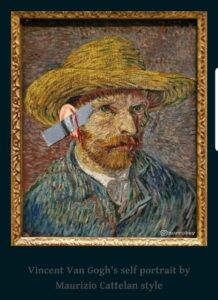 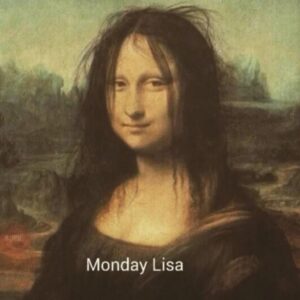 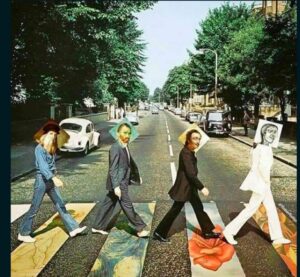 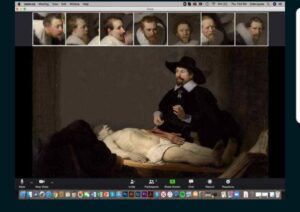 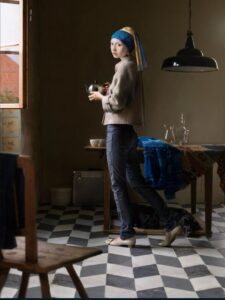 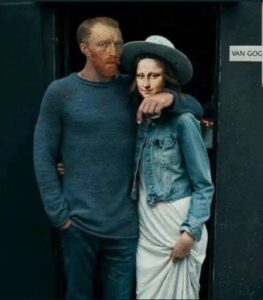 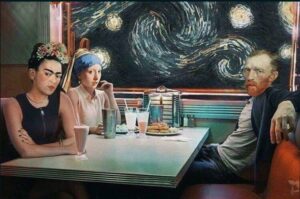 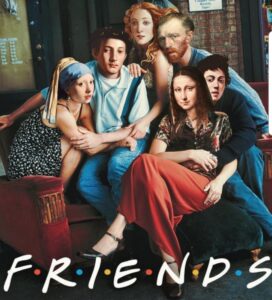 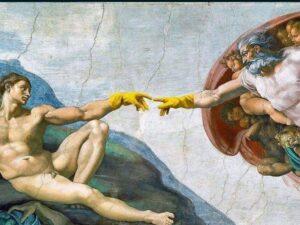