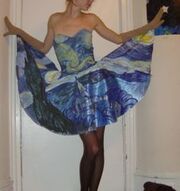 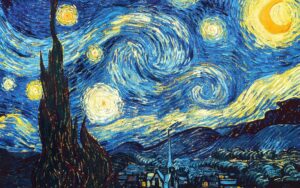 According to John Berger in his essay “Ways of Seeing” the way that a painting is viewed by some may already be distorted prior to analyzing it because we are not viewing the original piece. Seeing comes before words. The relation between what we see and what we know is never settled. Each evening we see the sun set. We know that the earth is turning away from it. Yet the knowledge, the explanation, never quite fits the sight. The child looks and recognizes before it can speak. The information that comes from the silence of a painting is only truly experienced when looking at the original work rather than a reproduction of it. The original work speaks to you in a way that a reproduction is not able to. Berger says this clearly when he states: Original paintings are silent and still in a sense that information never is. Even a reproduction hung on a wall is not comparable in this respect for in the original the silence and stillness permeate the actual material, the paint, in which one follows the traces of the painter’s immediate gestures. An example of a painting that the camera and the possibility of recreating and copying the image made very popular is Van Gogh’s starry night. It is debatably one of the world’s most widely-known painting even though only a select people have been to the museum of New York to see the original. This painting has become so popular that people try to recreate it, add their own touches to it, and even do things like design clothes with the painting on it. In this case, the camera and remediation of the painting, made the painting extremely popular, as well as the original. The original piece because it’s widely known, loses some of that mysteriousness that Berger talked about, but the market value of the painting is so high because it’s very popular.